Many great influences roam this Earth, seeking to improve and educate the world with many acts that are justifiable by their actions. 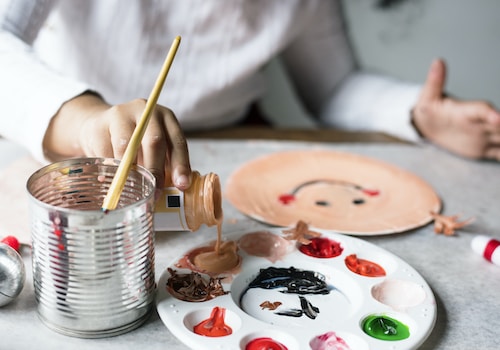 A Christian’s goal is to do God’s work and educate the Lord’s holy name anywhere they go. Every single person has their own destiny planned out for them, it’s only a matter of time they start following it.

As noticed in the case of the Second Lady of the United States, Karen Pence.

Mrs. Pence previously taught art to elementary students for 12 years before supporting her husband, Mike Pence’s role as Vice President. After spending a couple of years in the political spotlight, Mrs. Pence recently decided to return to teaching, once again at Immanuel Christian School – which is a private Christian school in Springfield, Virginia.

Many private Christian school teachers are not simply handed a job because they need one, but they’re closely evaluated based on their beliefs and what drives them to teach both academically and spiritually.

Keeping this in mind, it was no surprise when Mrs. Pence expressed her drive to teach young minds and shed light on her decision to rejoin the private Christian academy where she taught previously.

“I am excited to be back in the classroom and doing what I love to do, which is to teach art to elementary students,” Mrs. Pence stated, as reported by the Washington Post.

“I have missed teaching art, and it’s great to return to the school where I taught art for twelve years.” She said.

What Does This Mean for Private Christian Education?

It simply tells us that teachers are not only devoted to doing God’s work when called upon, but they are passionate about their work in private Christian education.

Although Mrs. Pence loves teaching art to children, she also possesses Christian values of kindness, perseverance, and bravery. If that was not the case, she would not have taken the job back with no hesitation.

Each teacher exhibits a great relationship with the Lord and displays strong character, as exhibited by Mrs. Pence. She portrays the grace every single servant of God has, because she has chosen to channel her time and effort into educating young minds.

This clearly indicates that God has called her to work with children and fill their hearts with the Lord’s word.

Apart from teaching art at the Immanuel Christian School, Mrs. Pence is also known for illustrating a children’s book that was written by her daughter, Charlotte Pence. The book, titled “Marlon Bundo’s A Day in the Life of the Vice President” is written from the perspective of the Pence family’s actual pet rabbit, Marlon Bundo.

The book hit headlines when it was debuted last year, and those who did not know much about Mrs. Pence’s expertise with art were then made aware of it.

With the current decision to return to teaching, Mrs. Pence will be taking the mantle part time, where she would be going to the Immanuel Christian School twice a week. It remains to be seen whether she will take on a full-time role in the school’s administration.